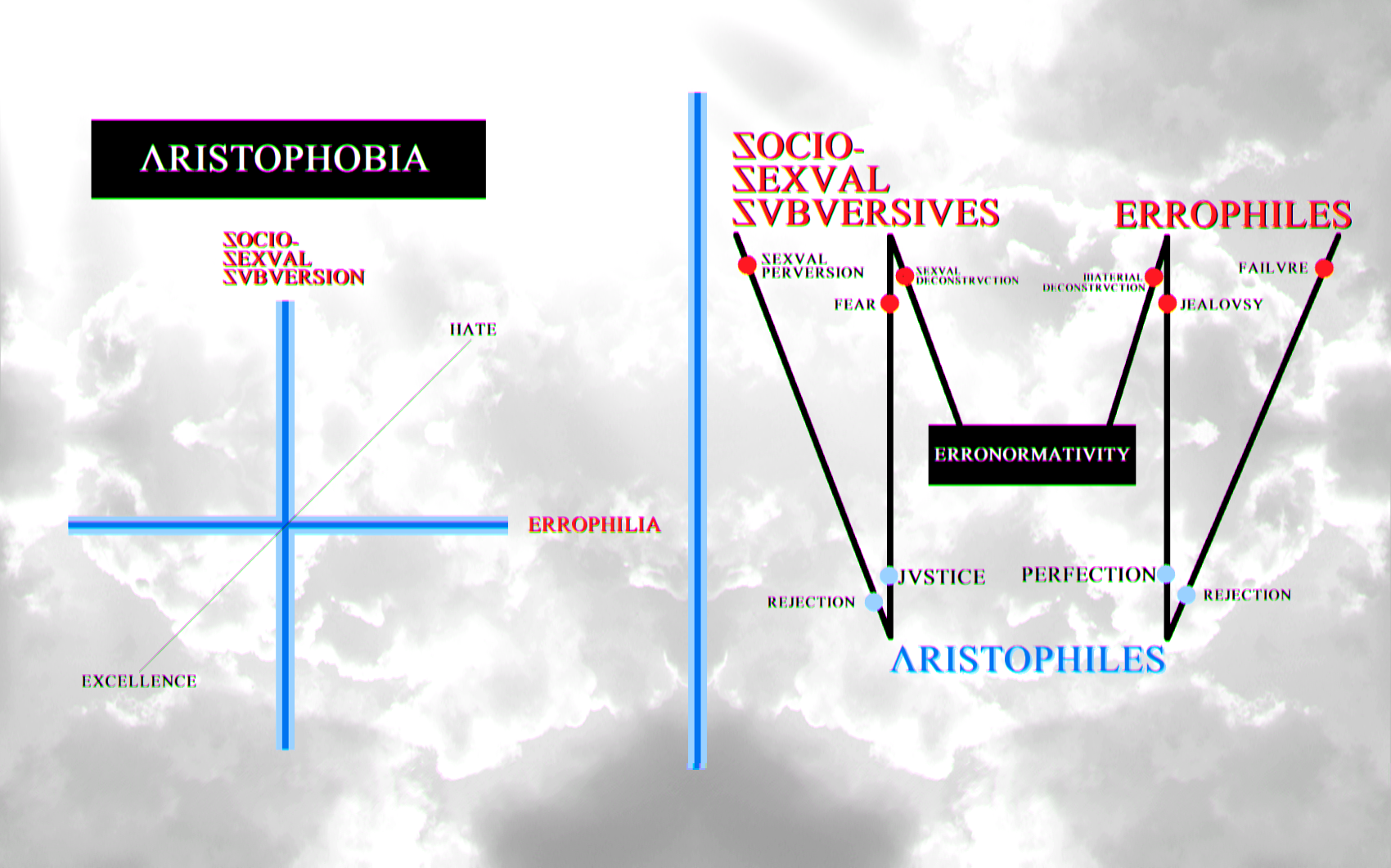 This is an ongoing research project to understand the possible psychopathologies behind aristophobia and erronormativity. Studies will examine the propensity of aristophobes (socio-sexual subversives & errophiles) to deconstruct sexual and material norms, as well as the hypothesis that their deconstruction is a coping mechanism for feelings of alienation and inadequacy.

In addition, DBN Elite will look into the clinical utility of the socio-sexual subversive and errophile personality constructs, as well as the therapeutic value of recognizing the presence of the constructs at life-inhibiting levels, namely Socio-Sexual Subversion Disorder (S3D) and Errophilic Personality Disorder (EPD) as defined below: